Private travel: Getting there is half the fun 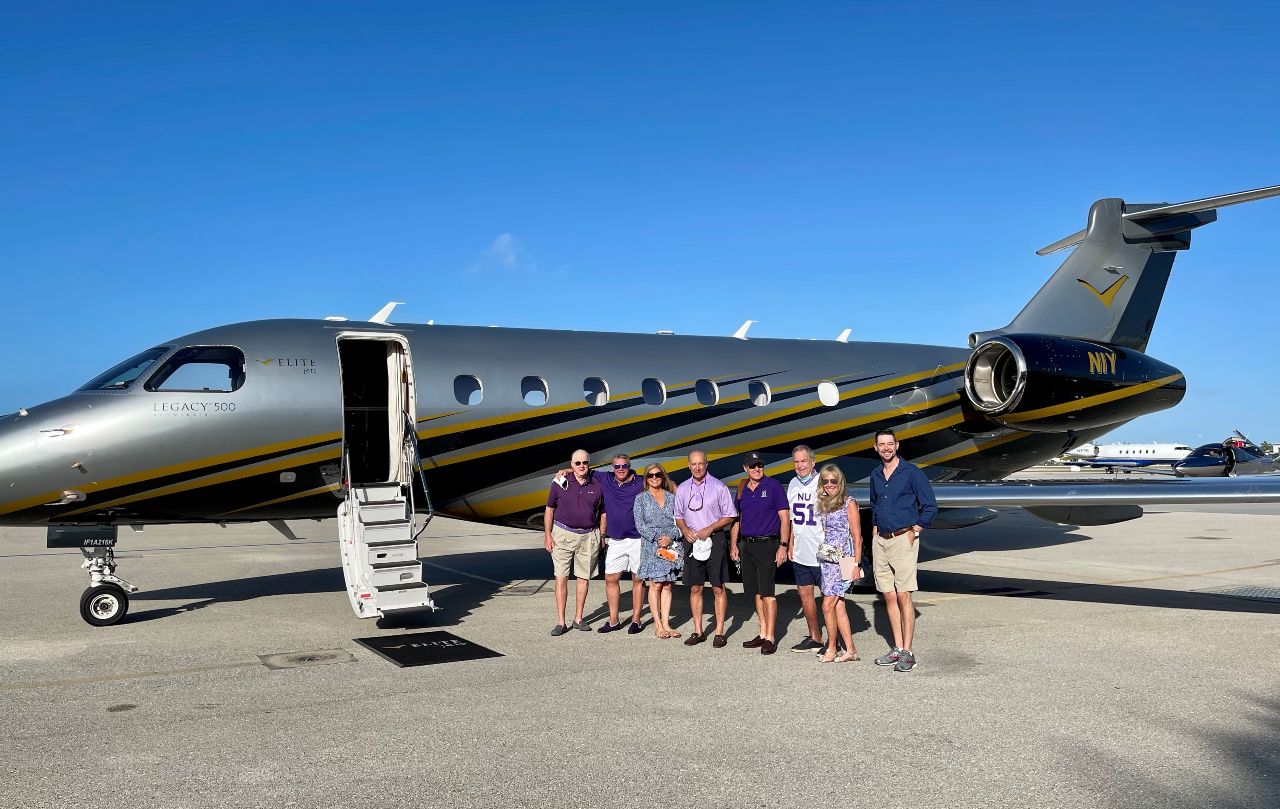 There are many ways to travel from Point A to Point B – vehicles, trains, boats, airplanes, bicycles or by foot. The fastest, of course, is an airplane.

Anyone who has flown commercially in the past year quickly realizes that air travel is not as fun as it was a generation ago. The aviation industry is evolving. Commercial airlines are transporting less than half of the passengers they did just one year ago. The perks of flying, like free carry-on baggage and in-flight snacks, are disappearing.

Meanwhile, private charter services are growing exponentially. They have brought fun, as well as convenience, back to flying.

A wealth manager from Naples, Fraga recently evaluated his options for a short trip. Fraga and seven others were traveling to see his godson, a football player for Northwestern University, play in the Citrus Bowl. Kickoff time was 1 p.m. in Orlando. Fraga evaluated his three travel options:

“It was an exciting day – my godson’s last college football game,” Fraga said. “We wanted to make it special. Everything about this trip was perfect. The jet was beautiful and well-maintained. The pilots were professional, positive and fun. The whole experience was amazing from start to finish.”

Fraga isn’t the only leisure traveler in Southwest Florida to fly privately after considering their travel options. Below are four special occasions when private travel is a great choice:

Scoring tickets to championship-level events is a victory in itself, so celebrating aboard a luxury jet is icing on the cake. Sporting events like the Super Bowl, World Series, NBA Finals, Stanley Cup and Daytona 500 or Indy 500 lend themselves to VIP treatment.

In less than two hours, golfers can be on the tee or watching PGA tournaments at Augusta National, Pinehurst and TPC Sawgrass. Southwest Florida is home to several beautiful courses. However, flying privately with a group of golfing buddies makes a trip that much more enjoyable.

Some of America’s top destinations to let it all hang out are just a short flight from Naples. Daytona Beach, Myrtle Beach, Atlantic City and New Orleans are fun destinations for a girls’ or guys’ weekend. Las Vegas is just four hours away.

Getting away from it all sometimes is the best medicine. Couples can rekindle their romance by booking a private charter. Options include staying at a secluded log cabin in the Great Smoky Mountains, a beachfront bungalow in the Caribbean or plantation home on Hilton Head Island.

Ready to book your next trip? Request a Quick Quote through our online portal.